Time-Out in a Virtual World 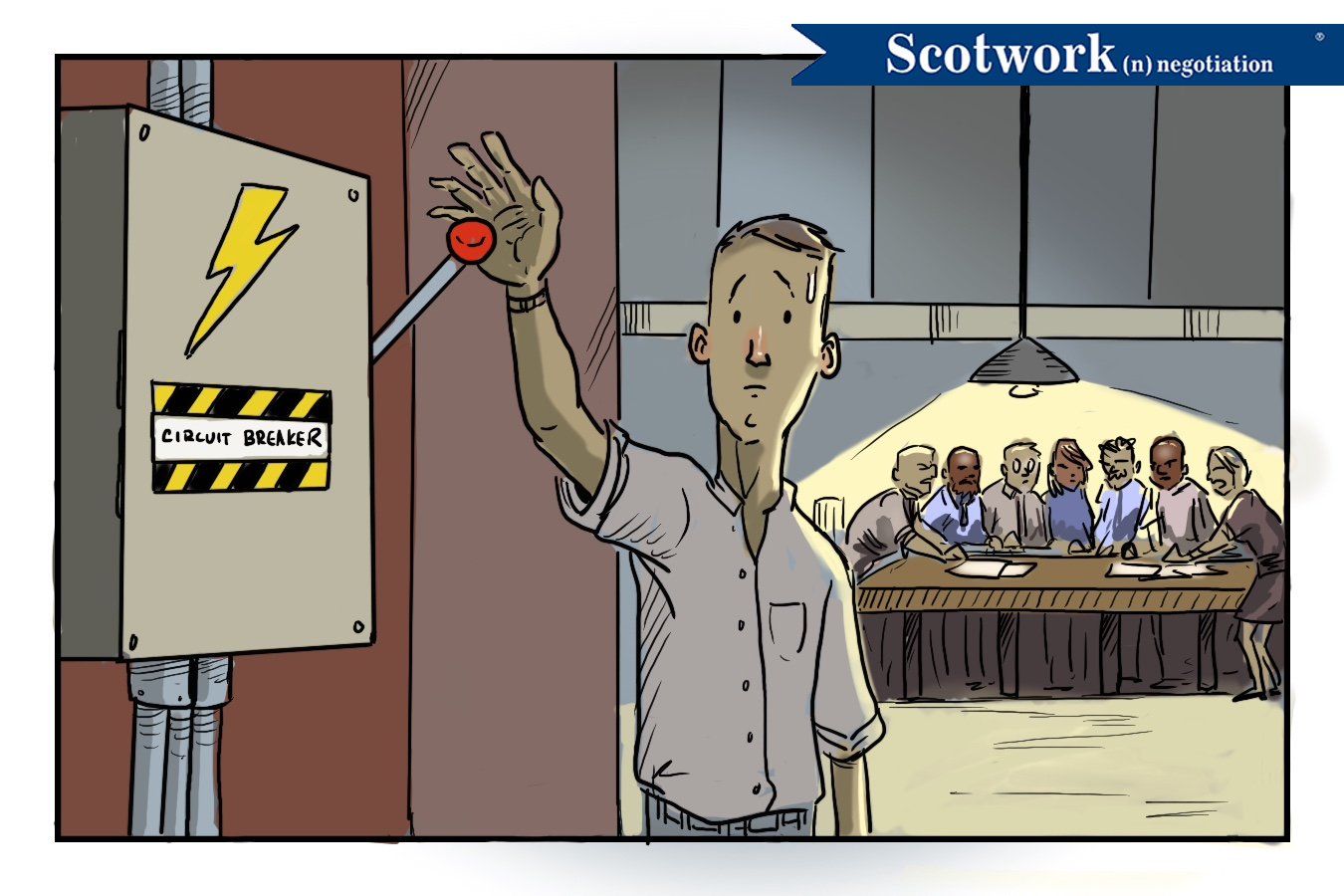 On Monday, March 16, in the midst of the COVID-19 outbreak, we witnessed Wall Street’s response to an unprecedented drop in the stock market. For the first time since 1997, they applied a 15-minute “circuit breaker;” which is industry parlance for a time-out (or, in negotiation terms, an adjournment). Introduced in 1988 after the ’87 crash, the circuit breaker serves one purpose: To give traders a chance to catch their breath.

As we approach our new reality, wherein we’re plunged into virtual negotiating, the use of adjournments is just as powerful over the phone or virtually as it is during in-person negotiations. Wall Street’s use of them to stop market freefalls is analogous to our use of them in negotiations to ensure that decisions are made with a rational mind, as opposed to being driven by fear or other emotions, which generally translates into bad deals.

The best approach to using adjournments is to plan for them. If you’re sending out an agenda for your virtual meeting — which I highly encourage — then build a five-minute break into the middle. If you don’t end up using it, that’s fine — there are no negative repercussions to this. But if you notice things getting tense, emotional, or maybe you just need a couple of minutes to think about how to answer a question from the other side, then this break will allow you to do so. If you’re on the phone, this just means that you’ll need to mute your call for the break; if you’re doing a virtual meeting, then simply mute your audio and pause your video.

To ensure that the other side understands the reason why you’re recommending this, bring it up in advance of your meeting or at the start of your negotiation. Explaining it as an opportunity, if needed, for both sides to discuss internally some issues that might be raised will ensure that the other party doesn’t think something odd is going on, because you don’t want to erode trust. Both sides understanding that they have freedom to hit pause will ensure that your meetings are more productive when difficult issues are raised.

The break can also ensure that you maintain power in the meeting. For example, imagine your boss is there with you and someone raises a question that only your boss can answer. If you’re running the meeting (because you own the account) and your boss is there to support you, then pause and give yourself time to discuss with them the issue that was raised. Then, when you get back on the call, you can answer appropriately, rather than have your boss answer, which tells the other side that you have no power and could signal to them that if they want to get things done, it’s best done with just your boss.

The irony of adjournments is that, as you start using them on a regular basis, you’ll notice how much more productive your meetings are. It seems counterintuitive since you’re pausing the meeting, especially if you have only, say, 30 minutes planned. However, those few minutes you take to consider your options can be the most important time of the meeting, because they allow you to step away for a bit and think more rationally about potential solutions.

So, the next time your negotiation is going south, remember the powerful circuit breaker that you have at your disposal to create better outcomes!

Ananda Laberge
Back to Insights