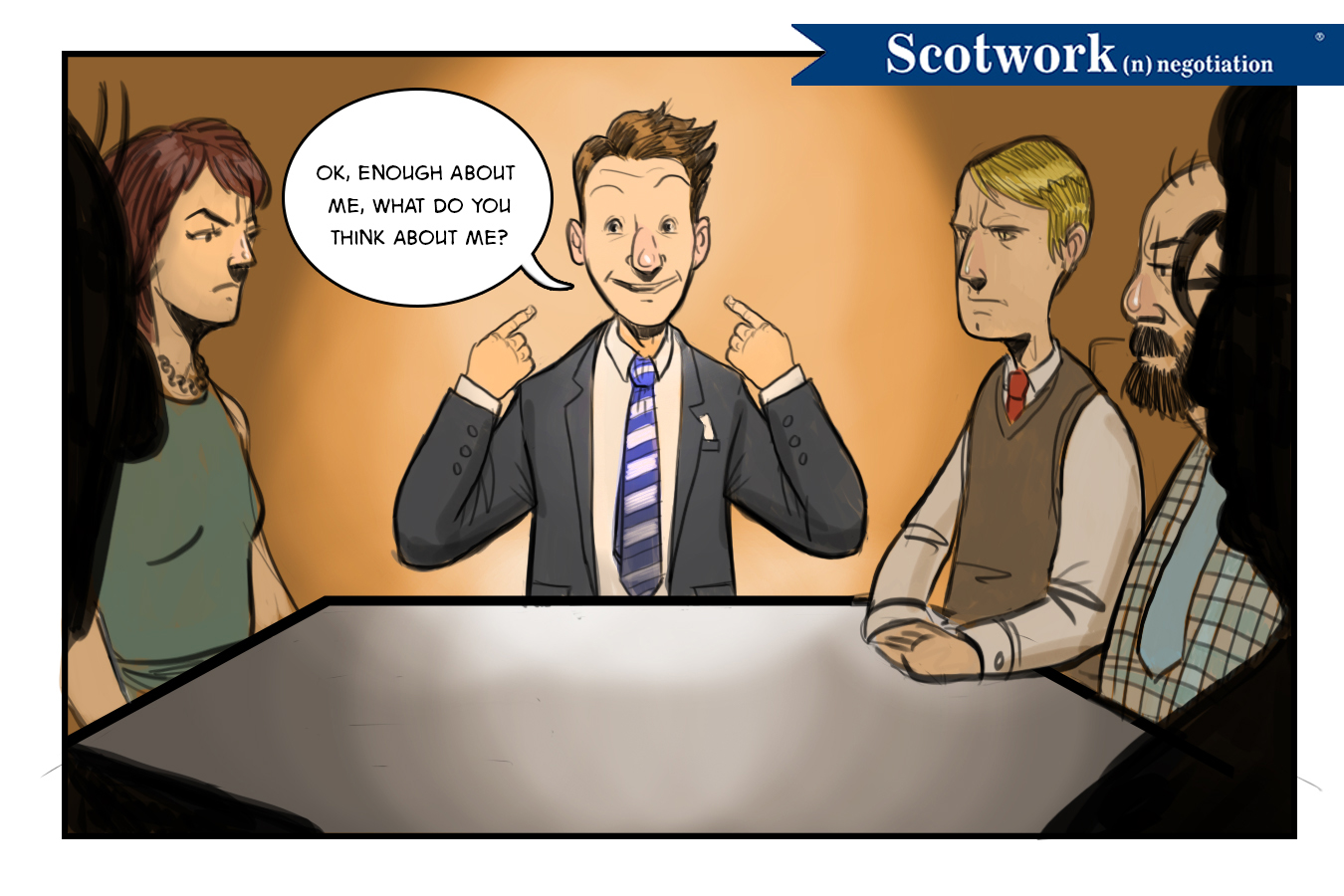 When I was a teenager, the one thing I heard most (outside of my name) was, “The world does not revolve around you!” I hated that expression, and I thought it was unwarranted. That is, until I had teenagers of my own. Apparently, being egocentric is part of normal adolescent development. It helps them to separate from their families a bit and assists them in forming their own identities. Who knew? I certainly didn’t. Here’s something else I realized . . .

Over the last few weeks, I’ve been consulting with clients who have found themselves in some difficult negotiation situations. The common theme? They’re frustrated with how the other party has been behaving. They tell me that the other party seems inflexible, doesn’t listen to their needs, and is unwilling to meet their demands.

That frustration is certainly something all of us have experienced at one time or another. However, when I ask, “What does the other party want?,” they can’t answer the question. They don’t know. They’ve been so focused on themselves that they make the strategic error of not thinking about the other party.

Like that of a teenager, I believe part of a negotiator’s natural development is suffering through the ramifications of being self-centered. When the other party is thinking only about themselves, how does that make you feel? I feel frustrated when the conversation is one-sided, because they’re not listening to me. All of which amplifies my unwillingness to do anything for them. I think that’s a common feeling for many people at the negotiating table.

When negotiations are perceived to be one-sided, it creates a more competitive environment. Both parties become inflexible as they try to protect their position while giving up nothing to the other side. This seems to happen a lot when either party doesn’t spend time thinking about the other side’s needs before they even start the negotiation. So here are a few things that I advise my clients to do in order to turn the conversation from “me, me, me” to “we, we, we”:

I find that these simple tips help to create a more balanced conversation. On a side note, I’ve found that if I do the same with my teenagers, it tends to help keep the peace around the house — something that I value every day!

Brian Buck
More by Brian Buck:
The Oscar For Best Negotiation
Dealing With A Bad Deal
Back to Insights