If You Think You’ve Got No Power, Look Harder 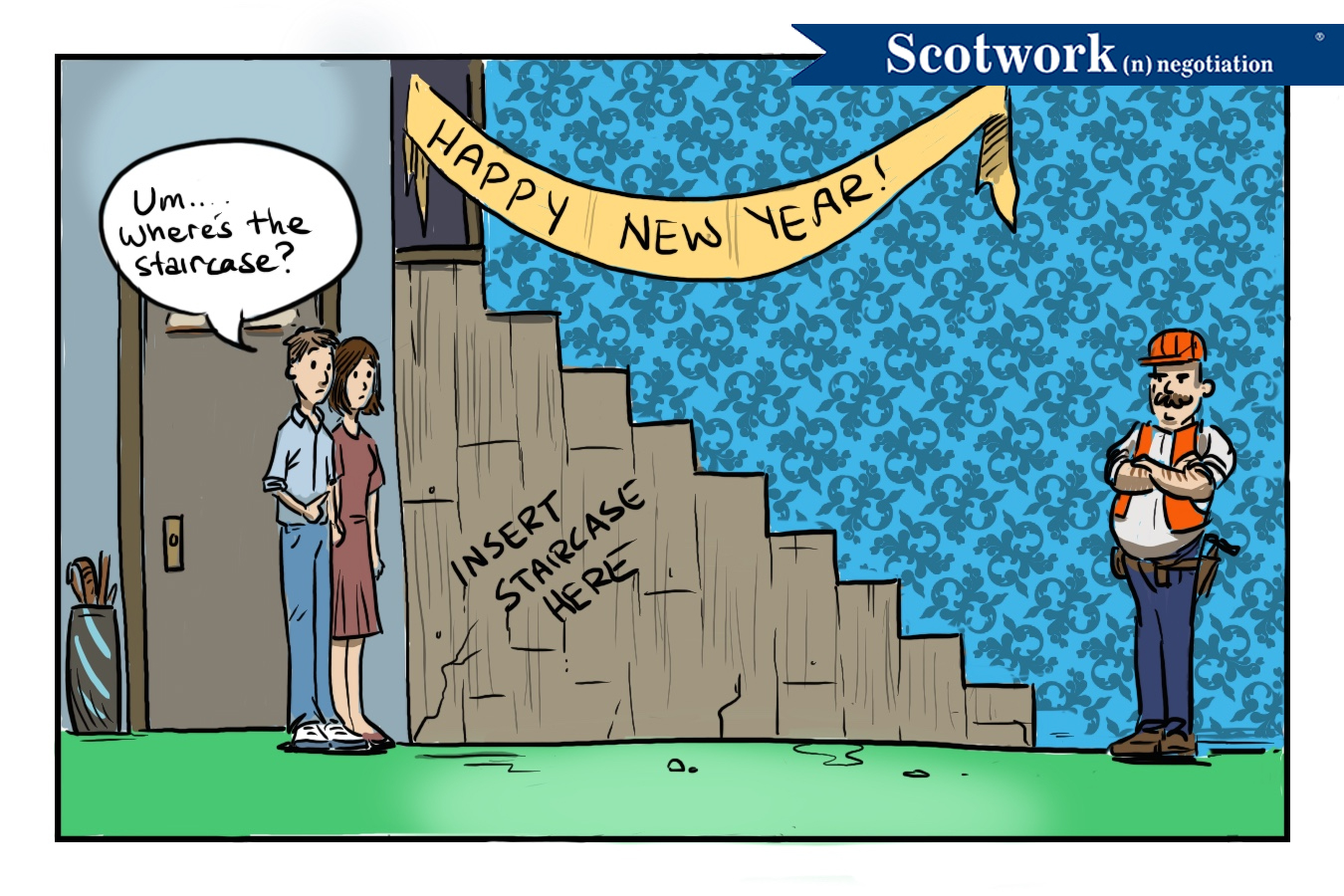 Imagine you’re buying a home — your first home. You’re newlyweds, it’s New Year’s Eve, you have to close by midnight . . . and you’ve scheduled a walk-through that goes very wrong. Add to this the bank’s attorney is yelling and ready to leave, your attorney offers no contributions whatsoever, and the builder’s attorney is looking at you like he cares not one bit about how upset you are. And make no mistake, my wife and I were upset — our planned double New Year’s celebration was crumbling before our eyes.

It’s December 31, 1984. My wife and I had found a townhouse in Orange County, New York. It was part of a community of townhouses being constructed by a builder who had a very poor quality rating, which we knew nothing about. All we knew is that they were offering a lot of amenities and square footage for the price, which excited us because we were starting a new life together in a beautiful area.

Which brings us to the drama: My wife and I arrived for the walk-through as scheduled. Naturally, we expected to find everything we were promised and move directly to closing. Instead, here’s what we encountered:

We were upset by all of the above, but the state of the staircase was truly a stunner. The townhouse was built on a hill and without that staircase, we’d have no way of moving from the garage to the first-floor living area. “Well, because the model home doesn’t have a staircase, since it’s built on level ground, we feel it’s not our responsibility to finish it,” reasoned the builder. As he was selling us this line of BS, we could actually hear the bank’s attorney yelling from the other room that he was going to walk out if we didn’t close within 20 minutes.

Once my head had fully exploded, I was able to gather my thoughts, which was a good thing, since our attorney had seemingly lost her power to speak and simply shrugged her shoulders. I knew that it was up to us. That’s when I looked at our spec sheet and realized that the carpeting they’d installed in the spare bedrooms was neutral, but it wasn’t the colors we’d selected. I seized the opportunity: They were either going to complete that staircase and make our townhouse livable, or I was going to make them tear out that carpet and replace it with the colors we’d selected. As soon as I made my proposal, I could see the builder’s attorney recalculating his strategy. He agreed to my terms and went ahead to complete the staircase.

This came as quite a relief, because — and I’ll be honest here — my wife and I were intimidated. We were young, we’d never been through this before, and we felt powerless. And while we lived there for less than three years, that townhouse was an important place for us, in the sense that it set the stage for our marriage.

Now, 36 years removed, I can see that we’re not alone in feeling powerless. In fact, it’s common for people to think that the other side has more power than they themselves do. As I learned then — and as I’ve continued to learn in my many years of negotiating since — it’s critical that we look harder, find our power that does exist, and use it to gain more favorable outcomes.

Sandy Sbarra
Back to Insights