Hope Is Not a Strategy! 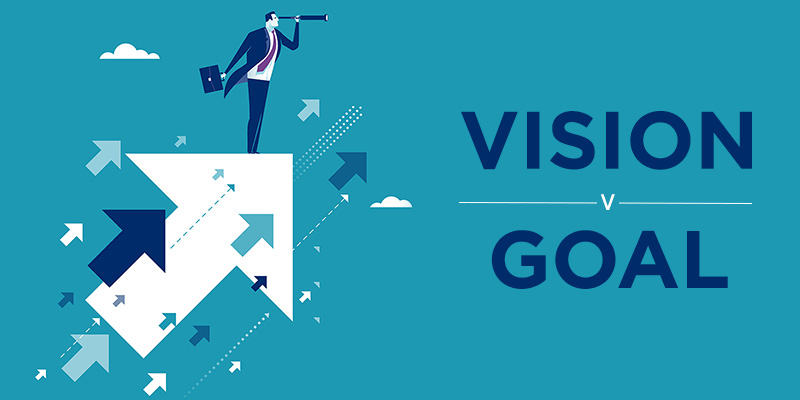 Read the papers and listen to the news, and you will be in little doubt that for many companies tough times lay ahead.

What do you do in such circumstances? See what happens? Hope for the best?

We don’t think so.

We firmly believe that a core solution to the difficulties and opportunities that may lie ahead, lies in the developing of the negotiating abilities of key people on the front line. Those individuals responsible for the maintenance and growth of your company’s performance.

When there are fewer deals around to be done, and the margin of error, not to mention the margin for profit becomes tighter, it becomes crucial that the deals you do, are the right ones for the business. You need to make sure that you not only go into all of your negotiations fully prepared and ready for what may happen, but that you also have the skills and techniques available to you to ensure you are able to manage the process to get the best possible outcome.

It is the understanding of these skills and passing them on to others, that has underpinned the business of Scotwork for the last 33 years. So allow me to explain eight of the approximately 100
skills tips which we have identified. These tips will help you during this economic downturn, of that there is no doubt. The great news is they also work in good times too, which if as history tells
us, will be coming back, and hopefully soon.

1. Correctly analyse the costs of failure

A friend once said, “If I had realised how much the divorce was going to cost, I’d just have had an affair instead. People often miscalculate the downside of an action; the Law of Unintended
Consequences.

You have a responsibility to calculate your costs of a particular course of action; but even more, it is in your interest to explain to the other party the costs to them of failure. Don’t assume that they
have done the calculation for themselves.

One of our clients operates a TV platform (satellite and cable). He was deadlocked with a famous music video channel over the fees they wanted for supplying their channel to his network. Following our advice he explained to the music channel the costs to him of “no deal” (remarkably low) and the costs to them (very high). The biggest cost to them was the cost of precedent; it would have shown other cable and satellite networks that they could survive without the “must have” music channel. Having considered these costs the music channel settled.

2. Have a structured approach
There is a process that underlies all negotiations; a map if you will. This map can be used to determine where you are, where you want to be, and options for getting there. We call it the 8 Step Approach to Negotiating?, and it begins with preparation.

Often we have little time to prepare for negotiations; minor conflicts appear without warning: a deadline is advanced, a currency falls, a law is passed, a colleague leaves, a meeting is cancelled, or a takeover bid is mounted. If a management team has been trained in the skills of negotiation, and all understand the process, then they can react very rapidly to emerging situations as a team.

One of our US clients, a major international coffee chain, is presently going through a period of retrenchment. Part of this process is a need to cut many tens of millions of dollars from their already tight procurement budget. Instead of their buyers sitting around complaining about the situation, or trying to bully their suppliers into submission, they have adopted the approach “How can we use the 8 Step Approach to help us attain our price targets?”

3. Understand your limits
We all understand the risks of bidding at an auction without a clearly defined “walk away point”; the temptation is to get carried away and pay more than you can afford. The same jeopardy applies in negotiating when the limits are not clearly understood, or where they are set artificially low and so ignored. “Speed Limit 5 mph”.

An even greater hazard exists where it is believed that a particular client is indispensible. Every time that client puts pressure on price the supplier gives in. The relationship becomes abusive. In these situations it is vital to define the break point. Even though you never expect to end up there, the mere act of defining it gives a confidence boost which communicates to the other party that you are not prepared to be a victim.

A global PR customer has a single client who represents 80% of their turnover. They were so afraid of losing them that they always caved in to fee pressures. We worked with them to have them imagine a world without that client; smaller but profitable. From this base they set about renegotiating their fees to a realistic level.
4. Know your areas of flexibility
So much of the time people spend preparing for a negotiation is not spent doing that at all; they actually spend their time rehearsing 75 ways of saying “No”. Like the Maginot Line, built by the French in the 1930s, it was not a preparation for war; it was a preparation for defence.

Negotiation requires movement and flexibility, not entrenched positions from which to mount a defence. In the preparation agenda which we advocate, one of the key elements is Possible Concessions; planning in advance those areas in which you can afford to concede, the value of those concessions and what you expect in return. This knowledge allows a greater level of confidence
which in turn feeds back to the other party that you are not defenceless.

The first thing you should plan during your negotiation preparation, is what to do when the other side says No!

5. Use a team approach
In golf there are many skills: putting, driving, club selection, chipping and so on. Unfortunately, we have to be good at all of these to return a good score. In negotiation we define 3 tasks, Leader, Summariser and Observer; each with its own discrete skill set. We help people practise and improve these skills so that, when they are negotiating on their own, they are able to use them all.

In a more formal negotiation setting we recommend that there are at least three people present and that the leader is not necessarily the most senior person. Some time ago we were retained by a senior team from the largest US bank who were on their way to Moscow to buy some gold from the USSR for the US Government; 20 tons of it! They were seeking tactical advice on dealing with the Russians. One of the tactics we successfully recommended was that the SVP allow the others to lead by not even showing up for the first of the three meetings.

6. Get your message across
We are all very good at talking; we are usually poor at listening, particularly where we don’t agree with the other person’s opinion. We use the same argument repeatedly; it didn’t succeed the last 3 times, so let’s give it another go.

A technique we teach is to summarise the other party’s point of view back to them in a neutral manner. This demonstrates that you have heard and understood their argument, so there is no benefit in them repeating it, and makes them more receptive to listen to yours.

Another way is to use an intermediary to carry the message. We were retained by a global mobile company to help them break an impasse with their largest reseller. They had got to the point where they were no longer talking to each other. Our role was that of a go-between; communicating neutrally and probing for common ground.

7. Avoid single solutions
They say that it doesn’t matter how much happiness you have, it doesn’t buy you money! Many regard money as the solution to all ills: slow growth - put the price up, cancelled flight – give them a cash voucher; unprofitable – reduce the buying price; lousy meal – get a reduction on the bill.

However, seeing everything in monetary terms can end up as an expensive fix when a cheaper solution is available.

Behind every proposal, lies a need. A negotiator’s job is to understand the need and to try to address it in the most effective way. We also teach that you should try to devise two solutions to the problem. Soldiers are trained to prepare three ways to achieve their objectives. The benefits are that it forces people to think outside the usual rut, it avoids blockages in the strategy and it gives the other party a choice.

We were working with the IT department of a major US insurance company. They provided a service for the sales staff by devising software solutions to client requests. We advised introducing a rule which made it mandatory that the IT staff offered at least two solutions. This eliminated the problem of having a choice of one, and that being unacceptable.

8. Negotiating is a trading process; not slow surrender
Earthquake-proof building are flexible, it is the rigid ones that fall down. The same applies to negotiators; Arthur Scargill, the British miners union boss once said, “The NUM must never shirk its responsibilities by negotiating compromises.” and look what happened to the mining industry!

Flexibility does not mean giving in. A negotiator will always attach conditions and trade for the things they want in return for concessions. If you attach a price to the others demands you will soon educate them that you are a trader not a conceder, and earn their respect.

Last year a multi-national chemical company was pressing us to reduce our fee, threatening to give the business to a competitor. We do not discount our fees but we sweetened the offer by billing in Sterling rather than Euros. The saving was very small but the client accepted our proposal. He told me afterwards that our competitor had halved their price when pressed. He said, “They lost all credibility as negotiating consultants when they did that. I don’t want them near my people.”

Shutting your eyes and holding on, may be sound tactical advice when you are riding the ups and downs of the fairground, not quite so helpful when working in the rough and tumble of business
life. That what goes up must also come down is a truism we need to be mindful of during the good and bad times. Being well prepared is always the best way to be.

Sending your front line into battle without the skills and training they need to do what needs to be done, is not only bad business, it’s bad strategy. We hope it is not something you would ever do!

John McMillan
Back to Insights